Our bespoke kitchens are designed inhouse and produced in our own factory by artisan craftsmen.  We install our kitchen furniture across Northwich area.  Our team hand-make every cabinet and complementary piece of furniture.  We know the Kitchen is the main focal point of a home, which is why a Bespoke Kitchen can add immense value to your home.

If you are looking for bespoke kitchens in Nortwich then choose Sheerin! Each kitchen we design is different and will be unique to you. We customise each kitchen based to our customer's needs, so each kitchen is hand-made for you.  From the precision machine-cut worktops to the fine detailing on the drawers and the individual units. We provide the highest quality handmade cabinets, drawers and units to all of our customers in the Northwich area.  Our vision is to create an ergonomic working space for all of our customers.  This includes an individual designer kitchen to work in and to enhance your home. You will find our luxury designer kitchens in the very best homes in Northwich!

As of 2011, the population of the civil parish of Northwich was recorded as 19,924.  Including the larger built up area of Northwich, the population was 47,421.  It has gained an increasingly positive reputation, and in 2014 it was named by the Sunday Times as one of the best places to live in the UK.

The town's history dates all the way back to Roman times.  Known was as Condate, meaning 'Confluence'.  This is thought to be Brittonic name with an influence of Latin.  Other towns across Europe with the same name, mostly in France.  In the example of Northwich, it was so named due to the confluence of the Rivers Dane and Weaver.  This was one of the strategic reasons for the Roman's interest, along with the the salt brines in Northwich.  Salt was important to Roman society.

There is also archaeological evidence of a Roman fortress in Northwich dating back to AD 70.  The site is now known as Castle Hill which would have offered a strategic point commanding the junction of the River Dane and Weaver.

Recoded in the Domesday Box as a third which is called Norwich (other which now include local towns Nantwich, Middlewich and Leftwich). 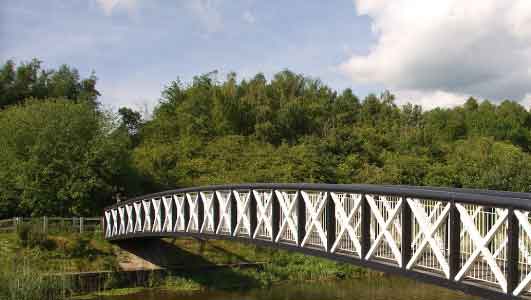