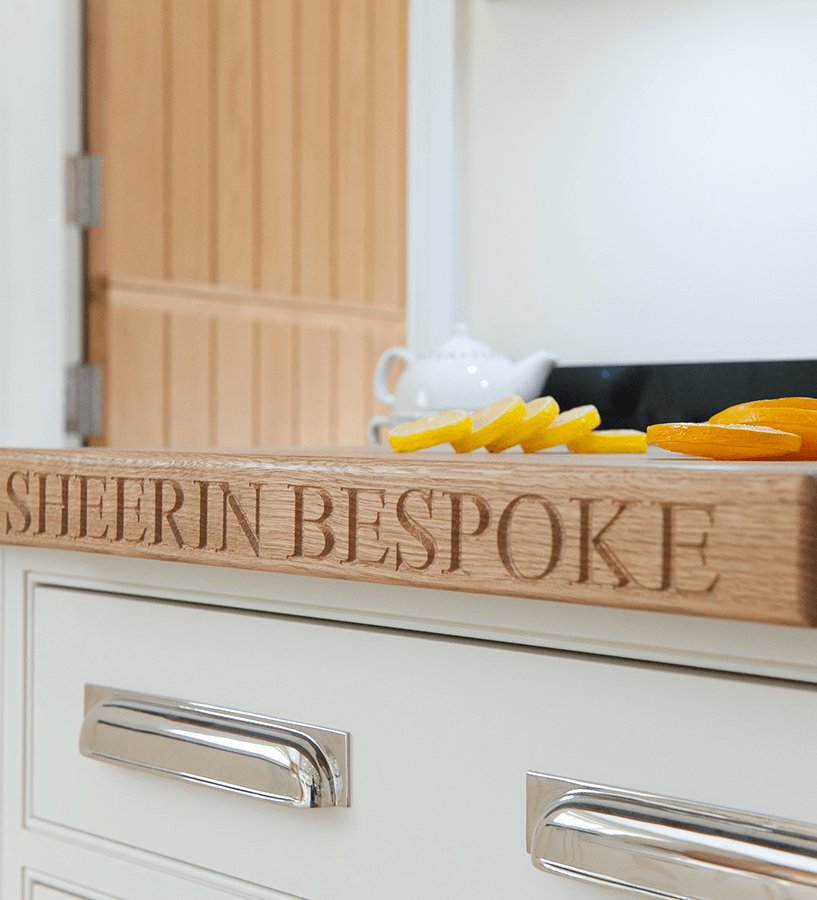 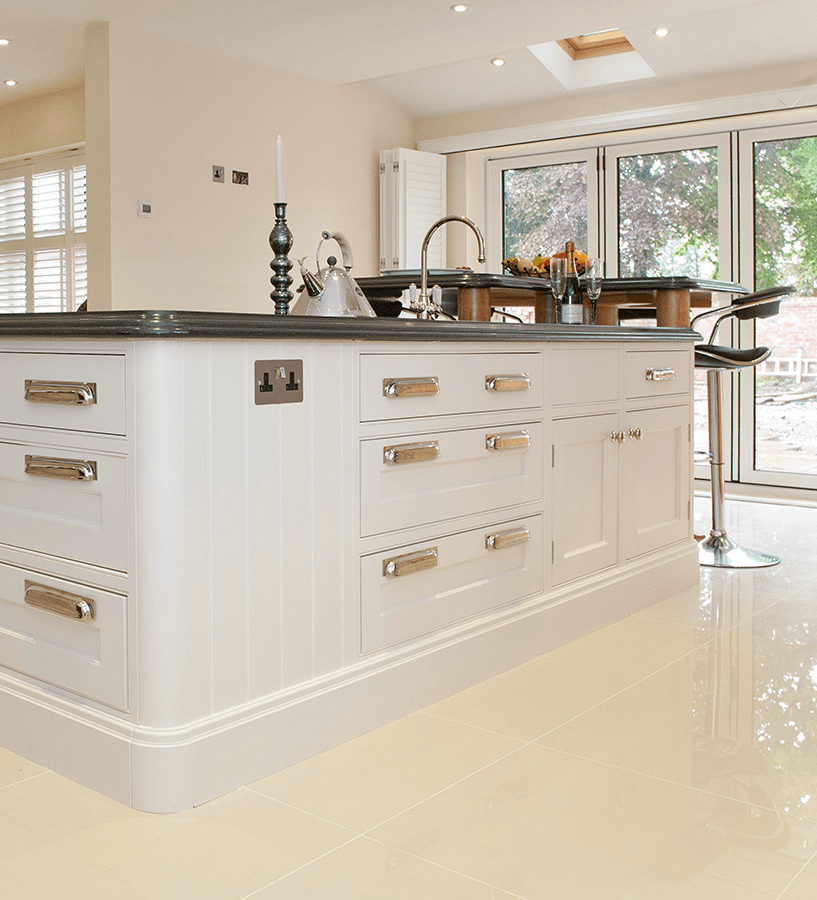 George III who reigned between 1760 and 1820 was affectionately called ‘Farmer George’ due in large to his love of agriculture. This influenced the design of later Georgian kitchens towards more of a rustic, country feel. This has influenced the design of the Oak Georgian with it’s wooden influence and rustic look and feel. The timeless design presents simplicity, with a focus on delivering a sense of space and light. The wooden, rustic look gives a warm and friendly appearance. Early Georgian designs used strong, darker colours, whereas later ones preferred lighter more neutral colours. Bearing this in mind, this style is painted white with oak units added to compliment the design. 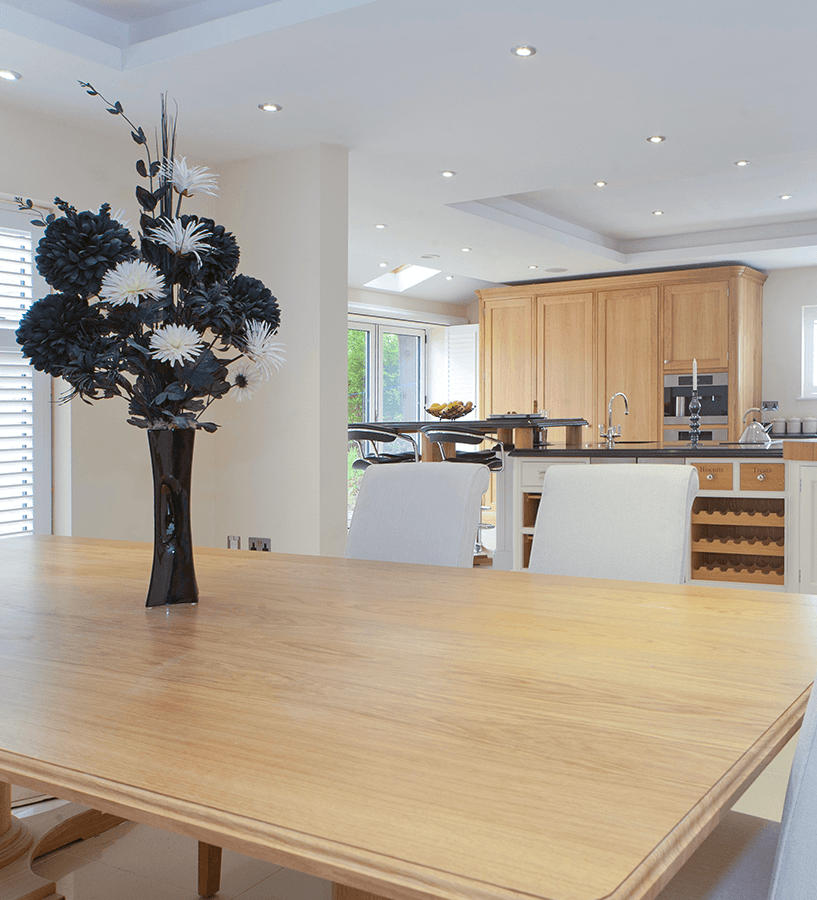 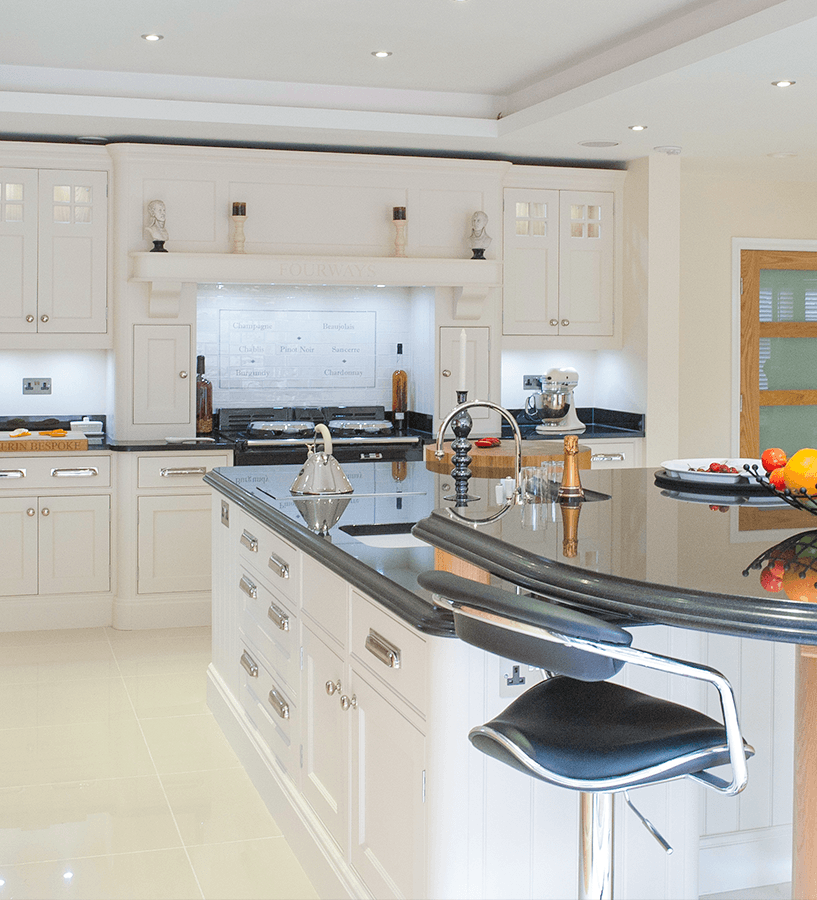